Docker is a container virtualization technology that offers the promise of a more efficient, lightweight approach to application deployment than most organizations are currently implementing. Docker uses the resource isolation features of the Linux kernel such as cgroups and kernel namespaces, and a union-capable filesystem such as aufs and others to allow independent “containers” to run within a single Linux instance, avoiding the overhead of starting and maintaining virtual machines.

Docker is a tool that is designed to benefit both developers and system administrators, making it a part of many DevOps (developers + operations) toolchains. For developers, it means that they can focus on writing code without worrying about the system that it will ultimately be running on. It also allows them to get a head start by using one of thousands of programs already designed to run in a Docker container as a part of their application. For operations staff, Docker gives flexibility and potentially reduces the number of systems needed because of its small footprint and lower overhead.

There are three major areas to consider when reviewing Docker security:

One of the many security feature is provided by modern Linux kernels. It is also possible to leverage existing, well-known systems like TOMOYO, AppArmor, SELinux, GRSEC, etc. with Docker. 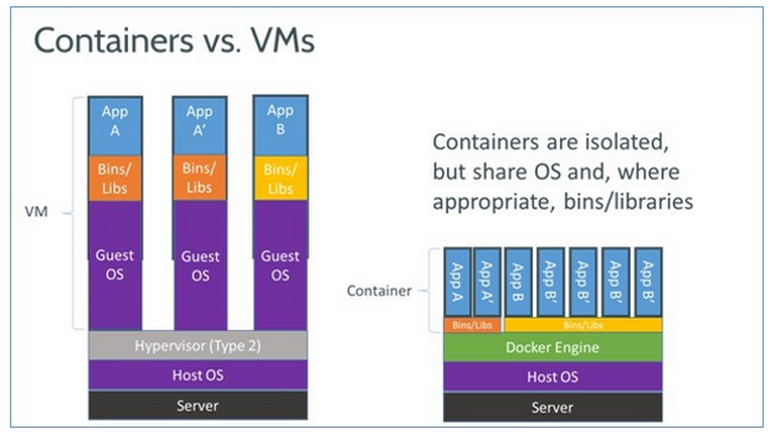 You can review all other platform installation here

It should be need kernel version 3.10 at minimum.

You can install Docker engine using the yum package manager. Log into your machine as a user with sudo or root privileges.

Make sure your existing yum packages are up-to-date.

How to get your public IP on Linux